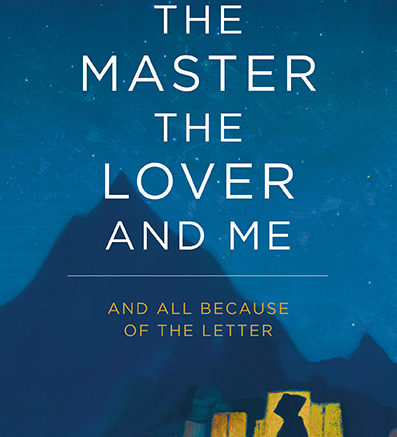 Excerpt taken from the Book ‘The Master, The Lover, and Me: And All Because of the Letter. By Denise McDermott King

“My spirituality blossomed in the Spiritualist Church in the little village of Hythe in Hampshire. Whilst serving on the board and becoming involved with all aspects of healing and study, a group of us travelled and enquired into different belief systems with a thirst to find the thread of truth that connected all humanity.

We studied Buddhism, attended White Eagle Lodge, we invited crystal, sound, and angel healers to come and talk to us at soirées in my home, and then one evening Marie came. This woman was the messenger.

That evening she talked of Adepts and Masters, old manuscripts and teachings, and also talked of a letter, a letter that if written, would bring about radical change and acceleration along the evolutionary path.

Quite honestly, at first I thought it all too far fetched, like a new chapter out of a Harry Potter book, but that night it played on my mind even in my dreams. And so it was I called Marie, and so it was I discovered she had been expecting me to.

At her home, she poured tea and opened an old box, and then she carefully took out some old papers.

They were covered with gloriously coloured images of pure gold complimented by rich colours of lapis lazuli and cinnabar. Underneath the gold was a cushion of gesso, which raised the shiny leaf from the surface and made it all look as if it had been enamelled. The writing was strong, though hard to decipher, so elaborately and closely had it been scrolled, then as I turned a page there sat the letter.

I was so excited though I didn’t quite know what to do, but Marie did. She placed her hand upon it and looked deep into my eyes.

“What you are about to read you may replicate, however it comes with a caution. This letter can accelerate you to the feet of a Master or give you a circuitous journey over many lifetimes. Before you consider replicating it, look to your motives and your will, for it will test both. What may have taken many lifetimes you will consent, nay insist, comes forward to this lifetime and your faith will need to be strong.” She handed me the paper.

So you see, it all started when I wrote the letter. It is perfectly true, it did change my whole world, though the letter was only the beginning of my story. There is not one area of my life that has not been impacted by the implausible little piece of paper on which I wrote it, and I admit, it was not necessarily the wisest thing I have ever done. Be that as it may, it was for me the very action which would propel me forward, changing and accelerating my life, as if I had quickly become the driver of a fast racing car entered into a Formula One Grand Prix.

So I encourage all who have the will and courage to write their own letter; step out of any self-imposed limitations and know you will always be given assistance, always be nurtured, and never given more than you can deal with. So fly.”

Available for pre-order on Amazon.co.uk
www.dmdking.com