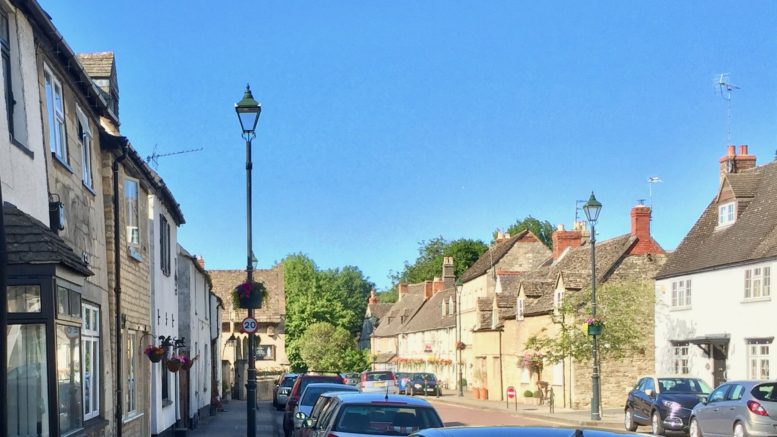 Cricklade, the 9th Century First Town on the Thames.

Of the long and rich history of Britain, few towns must share as much of it as Cricklade, the town founded by 9th Century Anglo-Saxons and still enjoyed today by those walking the Thames Path.

Accessible from the A419, visitors to Cricklade quickly experience the change in tempo as you leave the dual carriageway and enter the small winding streets towards the town.

A mix of historical buildings and the settled pace of life draws out the layered history of the area, founded by Anglo-Saxons a short distance from the important Roman town of Cirencester, but also important in defending the area from the Vikings.

A Clock marking Queen Victoria’s Diamond Jubilee still stands proud in the town, and a memorial to Cricklade’s War Dead features prominently throughout the year, but of course more-so in November when the town comes together to remember.

Find Mind Space and Spiritual Hygge on the Thames Path

While Cricklade’s enduring presence in the Cotswolds commands respect, what it brings to modern life should not be underestimated.  Many still come to see the ‘first town on the Thames’, and begin walking the Thames Path.

To trace a river as well known as the Thames back to a point where it can be easily crossed has a humbling effect and it reminds us that even something so great and powerful as the Thames, which is so important to the country’s trade, transport and historical standing, can be traced back to a source so small and easily tamed.

While there are various watersports and activities around this area, the path is generally peaceful and calm with a rich variety of wildlife to experience.

As you walk the river East towards one of the most powerful Cities in the world, London, perhaps it reminds us that life is a journey, and we live on a spectrum between calm and hectic, small and large.  Often we can choose where on that scale we want to be, and by taking just a few steps we can move towards one extreme or the other, as we prefer.

The sense of peace and control invokes a sense of Spiritual Hygge, the cosy and content feeling we get when we do something for our own wellbeing.

Free Parking: A modern miracle, Cricklade offers FREE parking, allowing visitors to spend as much time as they wish looking around the town.  A Car Park behind the town’s CO-OP Shop provides a good option.

The Red Lion: There are several pubs in Cricklade, but a favourite of mine is the Red Lion.  It’s an old build, with rooms at the back for tired visitors to get some rest before starting the trek on the Thames Path.

Their own local brew is available on-tap but even if you don’t drink, the dinner menu, using locally sourced produce, is sure to give you that homely sense of Hygge while you sit in front of the open fire.

Friendly people: As with most places in Britian, the people tend to keep to themselves unless you interact with them.  But when you do speak to a local they are happy to talk and direct you behind the houses to St Sampson Church, a 12th Century Church rebuilt on the remains of an Anglo-Saxon site, or towards the River via Thames Lane.

Although there are other grander sites in the UK with more to see, Cricklade is a town that gives you the space and peace to find your own Spiritual connection to the world, and for this alone it deserves a visit!