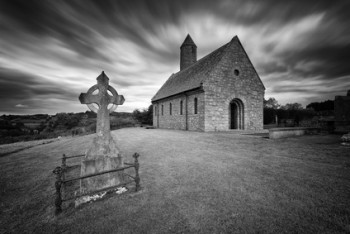 In Ireland in the 5th Century there was a Christian bishop and missionary called Patrick. Believed to have been born in Britain in the 4th Century to a wealthy family, including a Deacon for a father and Christian Priest for a grandfather, Patrick is said to have been kidnapped by Irish raiders at the age of sixteen.

The raiders took the young man to work as a slave in Gaelic Ireland where, during his six years as a shepherd, he found God. Patrick was told by God that a ship was waiting for him at the coast and would take him home, so he escaped to find it. Upon arriving home, the 22 year old went on to become a priest.

Later, Patrick returned to Ireland as a missionary and began to teach the Holy Trinity to the Pagan Irish using the three-leaved Shamrock (hence the wearing of green and Shamrock on St Patrick’s Day). Legend tells us that Patrick continued to evangelise the northern half of Ireland, converting “thousands” and driving away the Celts. This is where the legend of Patrick driving the “snakes” from Ireland came from (despite Ireland never having had any native snakes).

An internet search for St. Patrick’s Day celebrations will bring up pages of opportunities to celebrate.

For information on visiting Downpatrick, visit: