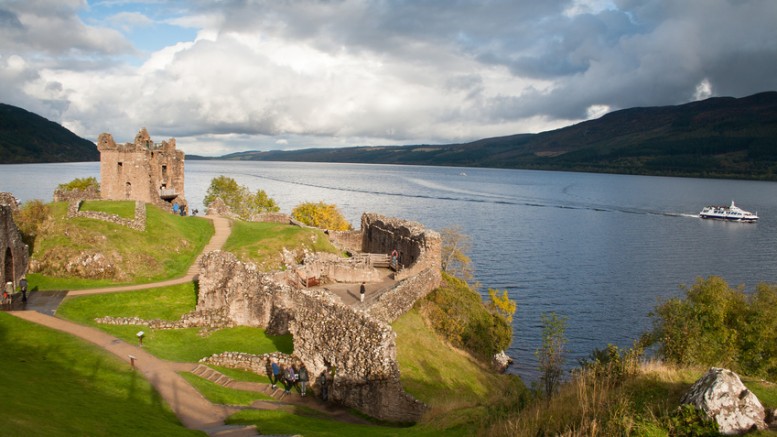 Loch Ness is perhaps one of the most famous Lakes in the world. Second largest after Loch Lomond (but greatest by depth and volume of water) and a mile wide at many parts, the Loch is visited by thousands of people each year. Of course the scenery is stunning, the air is clean and a certain peaceful atmosphere settles across the Loch… but most people just want to try and catch a glimpse of Nessie.

The Loch Ness Monster (affectionately named Nessie, as “monster” does sound a bit harsh), is a legendary sea creature and perhaps the most well-known of our time. The first sighting was recorded nearly 1,500 years ago when Nessie was said to have been disturbed by an over-zealous farmer, so she launched herself out of the water and ate him whole. Since then she has been peaceful – or at least no-one has seen her eat anyone else.

In 1934, a doctor from London was visiting the Loch and took a photo of the beautiful scenery. There in the foreground were the recognisable serpent-like arches of Nessie’s back and her long slender neck. Since then the legend has taken on a life of its own and many sightings have been claimed, most proven to be hoaxes. For instance, in 2009 someone wrote to a national newspaper claiming to have spotted Nessie on Google Earth’s images of Loch Ness, although no-one else has seen her on there.

There is even a Loch Ness Centre & Exhibition Experience.

If you feel like a peaceful walk or a picnic in one of the most scenic places in Scotland with a helping of Legendary Creature, you can find more details here: