My Introduction to Spiritualism 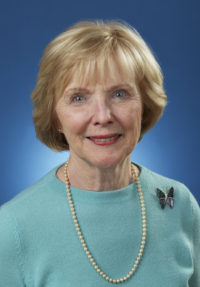 When my mother died in 2004, I was left with a lot of unfinished business between us.  Our relationship had been strained for my whole life.  After her death I was encouraged by a fellow hospice volunteer to journal about my grief.  I opted to use a process of prayer, meditation and writing letters directly to my mother.  My hope was that Mom could help me understand why she had refused to ever have an intimate conversation with me, her only daughter.

The second time I used my process of prayer, meditation and journaling, my mother jumped into my pen. She wrote incredibly revealing and loving words of explanation and encouragement to continue our “transpersonal conversation.”  I had no idea how this process worked or what to call it, but over five months of daily journaling, I found peace and healing with my mother. More than that, I discovered an intimacy that we never shared in life.

In July 2005 our daughter died of suicide. She was two weeks away from a nasty divorce, and her husband refused to share any information about her death. Needing answers, I wrote to my dead mother.  She helped me understand what happened to Cyndi, and how essential it was for me to resist blaming anyone for her death.  I still didn’t know what to call the communication between mother and me.  All I knew is that she became my north star as we buried our daughter and attempted to console her children.

As I wrote to my mother on the day of Cyndi’s burial, my daughter jumped into the pen, and wrote a heartfelt message of apology for her death.  She urged me to focus on forgiveness and unconditional love.  I asked Cyndi how to help her two boys.  I also wanted to know what caused her death.  Her answers led to one-on-one letters with Cyndi.  She called our journaling “Celestial Conversations.”  Cyndi shared why and how she died in words that both warmed my heart and blew my mind!  Now in 2018, I have seven journals with Mom and six with Cyndi.

While writing a book about my experience of healing through transpersonal journaling, my editor recommended the Spirits’ Book by Allan Kardec.  His words and those of my mother and daughter were identical in many places.  They were also affirming and comforting to me. I had no idea that Spiritualism existed until I read that book.   Until I was preparing for a Grief Retreat at Charney Manor in Oxfordshire, UK, in August 2018, I didn’t know about the churches and groups that overflowed from Allan Kardec’s work.  How exciting to know you exist!

It is my heartfelt hope that members of the Spiritualist National Union will consider coming to our Grief Retreat. The International Grief Council has much in common with your commitment to bring peace and healing to our world.