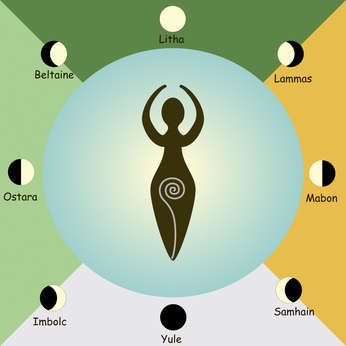 The end of December marks a time of celebration for many cultures. The Solstice is recognised worldwide, and is marked by many. In the Northern Hemisphere it is the longest night of the year, and in the Southern Hemisphere it is the longest day of the year. In the UK, this years’ Winter Solstice takes place on Sunday 21st December at 23.03 GMT. It marks the point at which the sun is furthest South for the year.

At Stonehenge in England, many people gather, to see the sun rise, and Druids, Pagans and Wiccans will celebrate with their own special rituals.

Christmas falls just after the Winter Solstice and these days in the UK preparations start much earlier, with lights and decorations appearing at the beginning of December (and sometimes before) to brighten up the dark, colourless days that are typical of this time of year.

In December 2012, the Winter Solstice coincided with the ending of the Mayan Calendar, and many interpreted this as being the end of the world. As we are still here, maybe it was just the end of life as we have known it, as many changes and developments continue to take place, affecting societies and individuals.

All life is affected by the sun, but some more than others. The shorter days and colder temperatures in the UK cause many species to hibernate, and they are usually well into their sleep at the time of the Winter Solstice. The landscape is usually very different at this point in time because of the many plants that have either died back for winter of finished their life cycle in the form that they were, and relying on the seeds they produced to continue their existence in the spring.

Many people are able to take some holiday at this time of year, when the Christmas Celebrations mean that many businesses will become quite for a few weeks. If you are lucky enough to have some time this year, you might like to spend a little of it thinking about yourself as a spiritual being, your spiritual life, what you have achieved and what else you want to achieve.

Although the season is focused on giving presents to family and friends, giving to charities, and remembering those less fortunate, please remember this Winter Solstice and Christmas time to think of yourself and think of the spiritual side of you, allowing yourself to become very aware of that part of you that is more than a physical body.

We wish you a very peaceful and joyful Winter Solstice and Christmas Season.