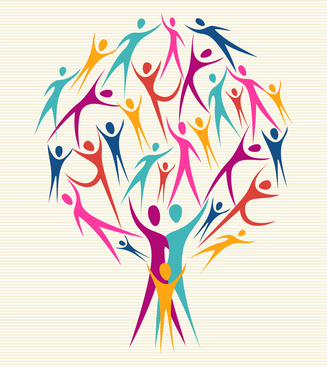 I’m sure that we have all felt frustration at other human beings from time to time. Sometimes other people are just no help, seem to have no compassion, or show no gratitude. I must confess that I have always struggled with my dislike of other humans, I find it very hard to not tell someone their fortune when –to me at least- they clearly deserve it. But at other times I find myself casually chatting to someone in a queue, or going out of my way to help them when I see them struggle (especially prams and non-automatic doors). So is this normal? Can fleeting connections be a good thing?

A study by the University of Chicago Booth School of Business has revealed that fleeting connections with strangers could improve our lives, from our basic outlook down to finding a career option you had never considered. For example, one of the researchers noted that on the morning commute into Chicago, the train was almost completely silent despite being overcrowded with people who were literally close enough to breathe in each other’s hair. This baffled the scientist, as it has been repeatedly proven that humans are inherently social creatures. Yes some, like myself, really do prefer solitude to help them focus and prepare for the day, but others simply assume that everyone around them is after complete solitude and have no idea how to start a brief social connection. So she designed an experiment.

The experiment involved a group of strangers being observed in both real and constructed settings and having various tests taken from each of the nine situations. All participants were regular commuters by bus or train, and in each situation were asked to talk to a stranger, then fill in an assessment sheet at the end of the journey. After analysis, it was discovered that both sides of the experiment (the participant and the stranger) reported experiencing an uplifted attitude following the brief connection.

I’ll never forget the time I was on a train with my friend; we hadn’t seen each other in around a year and we were ensuring we kept our voices low as we had a good-old-catch-up, so we didn’t disturb other people too much. About ten minutes into a 40 minute journey, we realised the elderly lady in front had shifted sideways so her ear was in the gap between the seats. We made sure to keep our conversation as family friendly as we could, without getting in our own way, and at the end of the journey were terrified of a confrontation when the woman stood up and stopped to talk to us…. Until she burst out laughing and said she had enjoyed our conversation so much that she was going to recite as much as she could remember to her friend when she met her in a few minutes time. She, too, was meeting with a long-time friend who she hadn’t seen in over a year and was happy to tell us how much we reminded her of them when they were our age, albeit with more technology and independence.

Most of us already adhere to the social convention of helping others, but is it time to start embracing those fleeting moments that could so easily be left hanging awkwardly? There are so many moments that feel awkward because you are not sure where the other person stands. Have you been queuing for a long time, you’re fed up and the person behind you is shuffling and mumbling? How about not resisting that urge to agree with them. You never know, they may have wisdom to share with you.