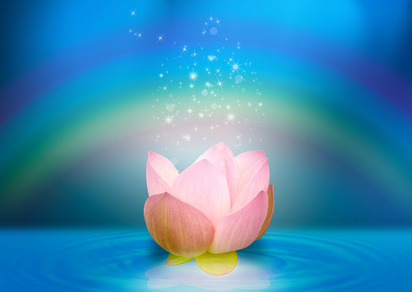 There are many people these days who feel they would fit into the category “Spiritual, but not Religious”. Where as in previous years being spiritual would automatically be linked to Spiritualism and therefore -by extension- religion, these days it is far more widely “accepted” (for want of a better term) to just be a spiritual person. So what is it that fits into this category and is suddenly much more widely acknowledged?

To put it in it’s basest term: to be aware of and interact with things other than oneself, the physical existence and one’s immediate environment. The oxford dictionary tells us: (Of a person) not concerned with material values or pursuits, having a relationship based on a profound level of mental or emotional communion, Relating to or affecting the human spirit or soul as opposed to material or physical things. For example a spiritual person may be more openly compassionate to animals or the homeless, or may prefer to meditate for a short time before sleep to clear their mind. A person may believe strongly in life after death, the transfer of energy between living things or the healing powers of pure focus. Perhaps it is the healthier and positive attitude that so many people are adopting that has made such beliefs more approachable.

For there is no doubt that taking care of yourself and those around you has a positive effect and can encourage growth and healing. It is also easier to face a disappointment if you are of the mind that something better will come along to replace the thing you missed out on. My partner is a fantastic example of someone beginning to take a more spiritual approach to life: he recently began looking for a better job, and was inconsolable when one of his most promising interviews led nowhere. Having grieved for what he thought was his missed opportunity for his ideal job, he realised it wasn’t really the job he wanted and that he would search for something much more specific. Four weeks later he started a job that is much more suited to him, has a better care package, has guaranteed prospects and is –thankfully- much easier to travel to. When we first met 10 years ago, he would never have said the words he spoke to me in the following days: “Someone’s looking after me. They knew I was going for the wrong job and they put on to this one instead. I think I have a few angels to thank.” For someone who is normally so science-minded, that sounds pretty spiritual to me.

In recent years, research has begun into whether there is a definitive scientific explanation to each of these “spiritual” things; but for those who follow such a path there is no need for scientific categorisation. It has already been proven that energy cannot be destroyed, and as we are made of energy it must go somewhere when we dispense of it. So can we pass our energy on to other living things? Of course. It’s ours to give, and it has to go somewhere when we send it away from us, so why not direct it to someone or something that needs it? If it will help some people to have a scientific link, then there’s no problem with that. It’s not about how or when you get there, only if the journey improves your life.