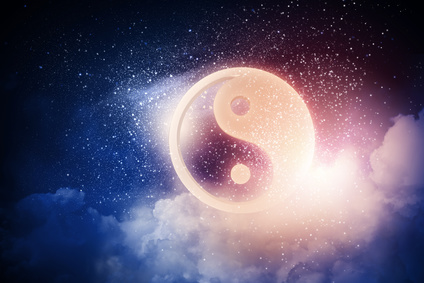 Many people get the definition of Karma wrong. It is not a like-for-like tid-for-tad thing, it’s more like a balance of terms. So you took the last parking space when a family was also looking for somewhere to park and didn’t see the car waiting to vacate the space: does this mean you’ll miss your train in recompense? No, unless you have built up a negative debt by doing something such as regularly usurping people who are taking their time reversing into a space, queue jump at the shops or some other occurrence.

I knew a girl who must have had a huge negative debt when it came to driving; she never gave way or let people out at a junction. She would always drive through the amber light, would overtake “slow” drivers no matter how close she had to cut it, and had a 5 second rule with regards to parking; if someone took more than 5 seconds to begin the manoeuvre, she’d nip in behind them and steal the space they were about to occupy then tell them they should “learn to park or lose your space”. It took a few years, but I recently heard through a friend of a friend that she had somehow walked away unscathed after writing off her car. She had jumped her turn at a roundabout because she thought “the person in front was taking too long and the gap was big enough”. An accident is never alright in any way, but it proves there are only so many times you can take a risk and add a negative before your good fortune runs out.

Kindness is one of the ultimate forms of spiritualism; not only is it positive karma, it is also good for your own outlook. To do something nice for someone else inevitably gives you a little boost, a small thrill of happiness and satisfaction. It’s ten times better when you see that person go on to do something positive for someone else. We’re not talking buying a complete stranger a car, or walking away from an accident with a simple “no problem, forget about it”. The little things matter: the person queuing behind you at the shops has far less items, let them go first. Or help a lady carry her pushchair up the steps. Or hold the carriage door for the business man running like mad to catch the train.

An old colleague of mine recently had a change of heart on karma: he goes to the same coffee shop every day. Everyday he sees the manager being rude to his staff, his delivery drivers, even some customers. He has previously written to the owners of the coffee shop to alert them to their awful branch manager, but to no avail. A few days ago a new young woman started working at the coffee shop, making ends meet as she begins her university education. As my friend queued, he heard the manager call her many awful things, least of all “stupid and slow” and at worst outright accusing her of having a severe mental handicap in a slang word that should never be used. My friend placed his order, was given his collection of coffees for his colleagues and stood patiently waiting. The manager told him rudely that he was in the way and had to leave. As he walked out, my friend called over his shoulder that the manager should have more respect for people and take anger management classes…. And remember to take payment for large orders instead of roaring profanities at innocent new employees.