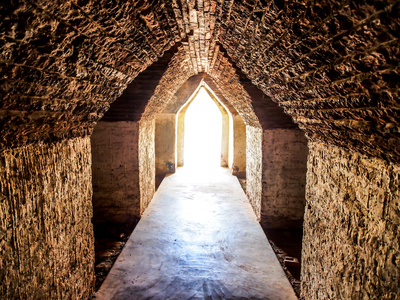 A Near Death Experience (NDE) may occur when someone is in a life threatening or near death situation.  Most often they occur when someone has a life threatening illness or during an operation, and often there will be a short period of time when there is evidence that the person has died, in other words absence of signs of life such as heartbeat and breathing.  The number of reports has increased with the medical advances in resuscitation.

People having experienced a NDE often report seeing a bright light and going through a tunnel.  They may describe being met by a person or seeing a figure.  Some feel a detachment from their physical body as in out of body experiences.  Most report feelings of euphoria, happiness, safety and even love. Many people say they hear a buzzing sound as they leave their body.   These are things that most reports seem to have in common, regardless of religious beliefs, culture and age.

Many people report being aware of what is going on in the hospital room at various intervals, but usually the description is from a perspective that would only be experienced from outside the physical body.

Scientists have come up with some explanations of what these experiences might be, such as hallucinations created by the brain as it is starved of oxygen, or an electrical surge in the brain..  However, this doesn’t explain why the reported experiences are so similar.

Dr. Penny Sartori, in her newly published book ‘The Wisdom of Near Death Experiences’ explains that in her experience of researching the subject for eight years while working as an intensive care nurse, she changed her views on death and dying, and became a believer in an after life.

You can read more at http://www.dailymail.co.uk/news/article-2545668/Is-proof-near-death-experiences-ARE-real-Extraordinary-new-book-intensive-care-nurse-reveals-dramatic-evidence-says-banish-fear-dying.html