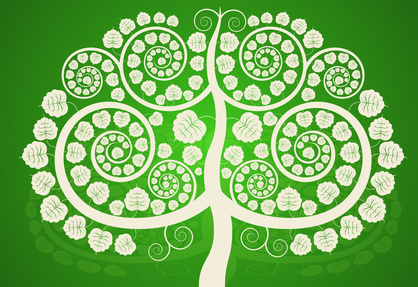 At first glance, you wouldn’t expect a film starring Eddie Murphy to have any kind of meaningful concept, let alone a spiritual one.

However perhaps this man, and Hollywood, have more to them than we realise. The film is called “A Thousand Words”, and follows the path of a high flying business man called Jack McCall who meets a spiritual leader called DR Sinja and wakes up one morning with a Bodhi Tree in his garden. For every word Jack speaks, a leaf falls off until there will be no leaves (and no Jack) left. Jack must spend time finding spiritual awareness and making his final words count. When the words run out, the Bodhi Tree decides that Jack has learnt his lesson and deserves the life he has, and when Jack moves house with his wife and child, the Bodhi Tree goes with him.

It would be great if we could all have a Bodhi Tree in our gardens to help our awareness. In today’s world, communication is all too easy and, in most cases, completely pointless: “I’m updating my social networking page to tell everyone I’m in this restaurant!”, and so on and so forth.

But what about the things that require more than just words? Saying “I Love You” is all very well, but I also “Love” chocolate and my car! On this page recently was an entry titled “Lightening Your Emotional Baggage on the Path to Psychic Awareness” which discussed the need to know what to hold on to and what to let go. This is not always easy to judge, especially where hurt feelings are involved, but knowing that you cannot change something just by carrying it around with you is a good place to start. If you can reduce the amount of things taking up room internally, you can reduce the amount of energy you are spending needlessly and make sure that the energy you do expend really counts for something.

Where words are concerned, they should be used as merely a tool to confirm what is already known to be good, and to turn negativity into positivity. If someone already knows that they mean everything to you then saying the words is just a way of allowing their conscious brain to know what the subconscious already understood. A further example is a boss saying to their employee “You know, this method works really well, why don’t you give it a go?” instead of “You did that wrong, do better”.

Catching up with friends and family is great, but its better when you can make every word they hear become something that they will remember forever. Likewise, that person who annoyed you with that throw-away comment they made? Why continue the trend by arguing with them about it when it actually means so little? It’s a vicious circle, and we are all guilty of getting caught out at some point; it’s human nature. However for our own wellbeing, we must learn to pick when to use our precious words, and ensure they have the greatest effect they can before they are lost to the wind.