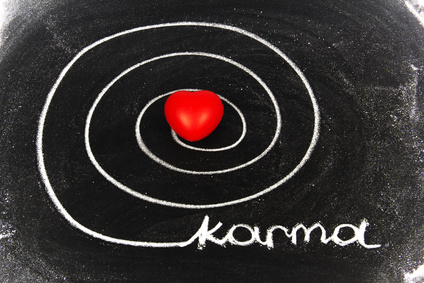 Many people who follow a spiritual or spiritualist pathway accept reincarnation as part of their belief system.

The idea that if we are spirit living in a body, and spirit cannot or does not die along with the body, is the root of the spiritualist belief.  Another often mentioned belief is that the earth is a place of learning and experiencing, to allow the spirit to progress to greater understanding of all conditions and greater capacity for love.

There may, of course, be other places of learning, but the earth offers such a wide range of conditions that it would seem logical that we may return to the earth many times to experience different lives.

Most people would probably agree that the world is a different place for wealthy, successful people to the world experienced by people who struggle to feed themselves.  There would surely be advantages to our personal education if we had the opportunity to explore both of these perspectives, along with others somewhere between the two extremes.

The Law of Karma is considered in some belief systems to be applied as a reward and punishment system.  For example, if a person treats someone badly in one incarnation they will be treated badly in a subsequent incarnation.  It makes sense to some extent, if you consider the learning that could be gained in this way, but if you have no memory of what you did in the previous life, it would make it impossible to compare the two experiences to make any learning progress while on earth.  This would suggest that the learning may take place between lives when the wider perspective can be viewed.

Whether karma is a reward and punishment system, or purely about cause and effect, the knowledge that life is eternal is usually enough to make us think carefully about the way we behave, or at least it should be.  Knowing that at the end of the earthly life, we ourselves will be looking at and judging the things we have done and perhaps meeting with those people we spent time with while on earth, helps us to recognise that the things we do now matter now and later.

With that in mind, we can pay more attention to the way we speak to people, treat people and the way we behave, recognising that what we do now, and what we learn now, can help us to progress spiritually.